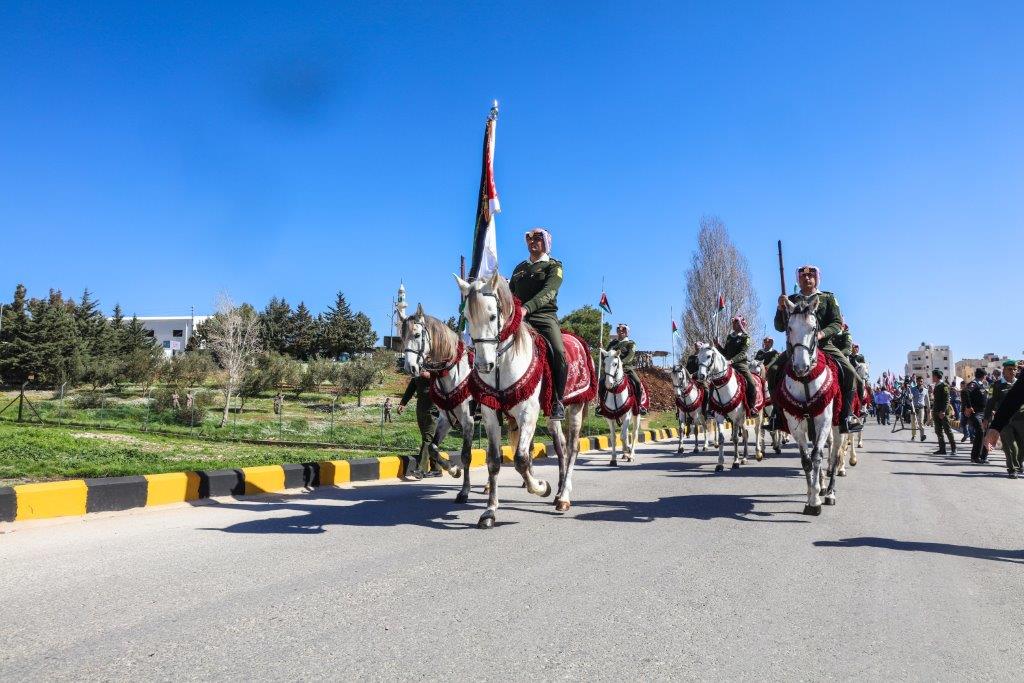 Around 700 personnel from the Jordan Armed Forces-Arab Army’s various formations are participating in the parade, including the oldest battalion in the Arab Army, the Prince Hussein bin Abdullah II First Mechanised Battalion, whose participating members will be dressed in what is known as Jerusalem Attire, as a reminder of the heroic efforts of the Arab Army in defending the city and its holy sites. During the show, this battalion will have the honour of receiving the Great Arab Revolt banner from His Majesty King Abdullah II, the Supreme Commander of the Jordan Armed Forces-Arab Army, in a military ceremony carrying historical and aesthetic significance.

The Second Royal Armoured Battalion, with which His Majesty King Abdullah II started military service as an armour officer and later became its leader, will also be participating in the show. In addition, the Khaled bin Waleed 15th Special Forces Brigade from the King Hussein bin Ali 30th Special Forces Battalion, Hamzah bin Abdulmuttaleb (Chief of the Martyrs) Royal Guard Battalion and the Jordan Armed Forces-Arab Army music band will all be participating in the show.

The celebration will start with a military march that sets off from the Jordan Armed Forces band command, which is one of the oldest military units in the Kingdom, established in 1921. The march will be arranged into two infantry queues, followed by horse and camel cavalry. The march will end with the participating soldiers meeting at a square especially established for this momentous ceremony under the name Banner Square, in commemoration of the Great Arab Revolt’s banner and its lofty principles.